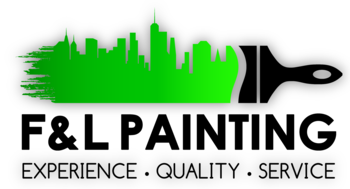 These simple little hacks by 5-minute crafts can save you a fortune of time and money. We don’y always take the time to think of these things so here is the chance for you to learn something new. Share it with as many people as you wish. The post Montreal Painter DIY painting tricks appeared … Read more

Commercial paint jobs don’t need to be expensive or disruptive to your business. Our preferred Montreal Painter understands the often complex commercial painting needs for businesses of all sizes. They know that you need a quality and efficient painting service. The post Commercial Painting appeared first on Painter In Montreal.

Here in Montreal, we have all kinds of though weather. This is why our experienced Montreal Painter understands that weather changes matters. Selecting the right proper exterior paint is crucial for a successful job. High to reach areas are also no issues for our professional Painter in Montreal. The post Exterior Painting appeared first on … Read more

Our Professional Montreal Painter is able to handle any size interior paint job. Your ceiling is too high? No problem, with the right equipment it makes any big job no trouble at all The post Interior Painting appeared first on Painter In Montreal.

Ahh, the 1970’s – the Gregorian decade of disco, rock and roll, gas shortages, economic upheavals, and the continuance of socially progressive values set out by the 60’s. Often beguiled as a time of sustained peace and prosperity, the 1970’s were also a time of great conflict; the rise of Separatists in Quebec and the … Read more

The 1980’s are fraught with imagery of big hair, the allure of disco, neon everything, and the emergence of futuristic ideas – many of which still have a firm grasp on us today. What we tend to forget in the diaspora of our collective memory, is how important food and dining is to our societies. … Read more

The millennium was one of the most anticipated and feared decades. There was paranoia and significant concern about what would happen the second the clock struck midnight to ring in the year 2000. Was the world going to end? The worry was all for not. Nothing happened and the decade began. The 2000s are memorable … Read more

You hear a lot about the importance of company culture today. Office space, design, and layout can play a big role in helping your organization define your culture and create an inviting workplace environment where your employees can be comfortable and thrive. In this post, we’ll outline some of the trending office renovation and design … Read more

Are you thinking about doing a renovation project? Not sure if you should continue with your planned construction project during the COVID-19 pandemic? Like all other industries, the renovation and construction industry is in a state of flux because of COVID-19. Some companies are in a holding pattern, others are operating at a limited capacity, … Read more

Like most professionals, you probably spend a significant amount of time at the office. Sometimes more than you would like. Therefore, it’s important to create a space that is comfortable and inviting for your staff, customers, and anyone who visits the space.  We all know how important first impressions are. What your office looks like … Read more